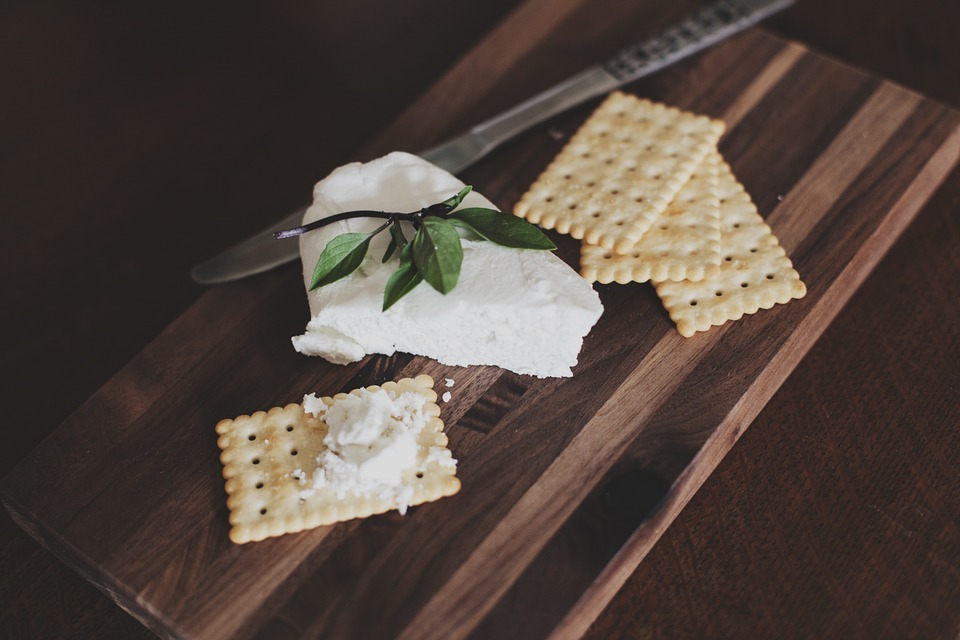 Crackers are considered a portion of healthy food to satisfy hunger and consume your cereal. They are flat, baked snacks, made with flour, and usually with extra seasonings and flavors. To generalize the meaning of the term, we can say that crackers refer to fine, savory snacks, usually salty, made without a leavening agent. Whereas cookies refer to sweet biscuits that use leavening agents, such as eggs. Cookies contain more volume, while crackers are very fine.

Since crackers are usually considered a very healthy snack, the choice of the wrong type of cracker may lead you to consume unhealthy snacks, containing a lot of calories and trans-fats. Here is the ultimate guide to crackers that will help you choose the best variety, which is both healthy and appetizing.

Broadly, crackers can be divided into three main types. These are the Soda crackers or Saltines, Graham Crackers, and Snack crackers.

These are simple crackers, made with flour, shortening, and flavored with salt. They are served with other foods, usually with soup. They are called soda for the amount of Sodium bicarbonate present in them.

Soda Crackers are a traditional US snack and have been here for around 150 years. It was in the late 19th century that a company named Sommer’s started using sodium bicarbonate as a leavening agent to make their wafers crispier. They became known as the saltines for the salt, or soda crackers for the use of sodium bicarbonate or simply soda.  The company gained much profit, and after various merges, it became Nabisco in 1898. The crackers formed a part of the ration, dispatched to the army during times of warfare, as they remained fresh for a long time, owing to the packing and also provided them with enough nutrition.

Many similar crackers began to be produced. And a generic name for them, the saltines, became popular.  They can be eaten alone as a snack or used as a base for savory toppings. The saltines or soda crackers come in many flavors. They are also available in the unsalted or whole-grain varieties.

Soda crackers come in various varieties, including salted, unsalted, and whole-grain. They are usually used as a base for savory toppings, and people love to eat them with soups or cheese. Furthermore, these crackers come in varieties for health-conscious people, which are low sodium, low fat, or those intended for weight loss.

The top brands of soda crackers that are mostly consumed in America are Nabisco’s Premium, Sunshine biscuits, Keebler’s Zesta.

Can Be Made at Home

The saltines can be made at home, much more satisfactory and fresher than store-bought crackers. All you need is flour, oil, yeast soda, and some salt. The dough needs a night for proper fermentation. When done, just roll the dough on a rolling pin, make the dockings and bake it for perfect, homemade saltine crackers.

They are sweet and made of whole-wheat flour, often glazed with honey or sugar. Inspired by the name of Sylvester Graham, who preached the movement wherein he urged people to stay close to nature by consuming natural products, such as wheat and vegetarian diet. The vegetarian movement resulted in the production of Graham bread and Graham crackers.

How Are Graham Crackers Used?

Unlike the saltines, Graham crackers are sweetened, either glazed with honey or have added sugar in them. They are used as a base for pies or cheesecakes, or you can eat them as it is.

However, people can have different choices based on their liking.

After the regular process of making the dough and baking it to form crackers, the snack crackers are usually sprayed with oil while they are hot. This step makes them taste better but also carriers of more kilocalories. The dough can be flavored itself, or the flavorings can be sprinkled on top of the crackers.

The most famous snack crackers consumed in America are the Cheez-IT, the Ritz crackers, The Goldfish cheese crackers, and many others. These are consumed by those who love savor snacks and are not very health conscious.

Other than the three types mentioned above, crackers come in various shapes and flavored in many different ways, including cream crackers and digestive biscuits.

The various types of crackers available can be consumed in several different ways. Cheese and other flavored crackers are used as they are, a tasty and satiating snack.

What to Look For in Crackers?

Why are crackers considered healthy? What ingredients make them healthy, and what kind of crackers are actually not good for your health, let’s have a look.

While buying crackers, look for the fiber content. Healthier crackers provide more fiber. Those containing whole grains contain ample quantities of fiber. Fiber provides bulk to the snack to give you a feeling of satiety, help with the digestion process, and keep your gut healthy. Choosing a cracker with a greater amount of fiber is the better choice to opt for.

Although crackers are generally considered a healthful snack, some may contain fat in unhealthy quantities. When buying crackers, look at the label for the amount of saturated and unsaturated fat present in them.

Sodium, although essential for almost all bodily processes, may have extremely devastating effects on health if consumed in larger quantities. Most of the crackers are highly salted, so look for the sodium content in them before buying. Optimum levels would mean less than 500 mg sodium per 100 grams.

Check for the kind of oil used in the crackers. Choose the one with healthier oils, like olive or canola. Avoid products made with hydrogenated or partially hydrogenated oils. The crackers must not contain trans-fat, which is the ultimate root of unhealthy eating habits.

If you are looking for healthy crackers, check out the recommendations below. These crackers contain the optimum level of ingredients, as mentioned in the guidelines above. The following crackers can be eaten without the guilt of cheating on your diet plan.

These are gluten-free, protein-containing crackers, ideal for a vegan diet and to help you feel satiated so you can keep a check on the calories you consume.

These are whole grain crackers made of flaxseed, which means they can be very healthy for a person looking for a balanced diet. They contain abundant protein and fiber, making them the ideal healthy choice.

These are gluten-free, dairy-free, and even nut-free sprouted crackers. They make an ideal snack for people who are sensitive to or have allergies from cereals or gluten.

When you are looking for healthy snacks, it is often advisable to go for the more renowned products. This is because they are true to their word and contain exactly the amount of ingredients that they have listed. The top brands of crackers available in the US, along with their nutrition facts, are the following.

It says on the pack: made with 3 ingredients, and true to its word it is. This is the reason why it has remained the most popular snack in the US.

Nabisco Triscuit is made with whole wheat grain, salt, and oil, and it keeps its levels of sodium under check even in the flavored crackers. This variety pack contains four different flavors so you can give your taste buds a whole new experience every day.

Been around since the Great Depression, the Ritz crackers are one of America’s favorite snacks. They are low on fat and sodium and come in a variety of flavors, including Whole Wheat Ritz, Honey Wheat Ritz, Roasted Vegetable Ritz, Bacon Ritz, and Garlic Butter Ritz. You can choose the flavor you like the most.

Although low on fiber, these crackers contain a minimal amount of fat, and no trans-fats or saturated fats, which makes for a healthy snack. They make an excellent choice when you are craving for something badly in your office, hospital, or school/college.

If you are a cheese lover, these crackers are for you. With the flavor of cheddar cheese, these crackers form a wholesome snack. However, they are not very healthy for everyday use, but great for parties and snacking options.

This pack contains 60 servings, and 55 servings have 140 calories, 1g of saturated fat, 250mg of sodium, and zero sugar.

Despite the health consciousness, it is always the cheese flavored ones that remain the most popular among the Americans. This one is a 2.5-pound pack that contains 40 servings – each packaged for freshness and great taste.

These are rich crackers paired full of raisins, rosemary, and sunflower seeds. They go perfectly well with soft toppings like cheese or sauces.

For those who cannot or would not eat the crackers mentioned above, then Mary Gone Crackers, made of organic brown rice, flax, and sesame seeds are an excellent choice. They are gluten-free and organic with a rich nutty flavor.

These 100% vegan crackers provide sufficient quantities of protein and whole grain and are a healthy choice for snack lovers.

These ones are the famous Graham crackers that are sweetened with honey and form a perfect sweet snack for lunchtime.