PepsiCo is most famous for its soft drink called Pepsi. Some people love this soft drink, while others think Coca-Cola is better. It cannot be denied that PepsiCo has loyal customers around the globe. If you are a Pepsi Cola fan, you must want to know more about the company that produces it.

So, let’s talk about the history of PepsiCo, its brands, and its rivalry with Coca-Cola. But before that, you should first know what PepsiCo is. PepsiCo is a well-known brand, with Pepsi being amongst its most popular products. The company operates around the globe, and its products are sold in more than 200 countries. Pepsi-Cola, a beverage, was first developed by a pharmacist in North Carolina called Caleb D. Bradham. The drink became very popular, which led to the creation of the Pepsi-Cola Company. The company faced many tribulations but also had tremendous success.

Eventually, the Pepsi-Cola Company merged with Frito-Lay forming PepsiCo in 1965. PepsiCo acquired other popular brands and expanded to become the giant organization it is today. The company grew and diversified the products it produced to gain success. PepsiCo is most famous for its soft drink Pepsi, but the company actually owns many other popular brands. Following are some of the well-known brands owned by the company:

One of the most popular brands in the soft drink industry is Pepsi. This beverage has many fans around the globe.

But that is not the only soft drink produced by the company. It also owns other well-known soft drink brands, such as Mountain Dew, 7 Up, Mirinda, and Sierra Mist.

The Frito-Lay division of PepsiCo is responsible for many chips brands that we love. PepsiCo’s most prominent chips brands are Lays, Fritos, Doritos, Ruffles, Tostitos, and SunChips.

Pepsi Lipton International is among the leading tea brands that tea lovers consume. This brand is owned jointly by Unilever and PepsiCo.

Lipton offers an array of different types of teas, making it quite popular in tea-loving countries.

PepsiCo is the proud owner of Cap’n Crunch and Life cereals. Both of these breakfast cereals are among the favorite breakfast items of many people around the globe.

PepsiCo is not far behind in the bottled water market. It owns Aquafina, a brand that provides both flavored and unflavored bottled water. It competes with other popular brands such as Dasani by Coca-Cola.

Gatorade is a sports-themed beverage. This brand is owned by PepsiCo being its fourth-largest brand. It dominates the sports drink market, especially in the United States, with its rival being Powerade by Coca-Cola.

Quaker Oats is also a well-liked brand. But did you know that it is owned by PepsiCo? PepsiCo acquired Quaker Oats in 2001. This allowed the company to gain many new brands.

Since oatmeal snacks are becoming popular nowadays, this investment has turned significant profits for PepsiCo.

Starbucks is among the largest coffeehouse chains in the world. So, it only makes sense that PepsiCo, being a bottled beverage giant, would team up with it. The partnership forged by PepsiCo and Starbucks in 1941 brought ready-to-drink cold coffee to stores that ended up being quite a hit. 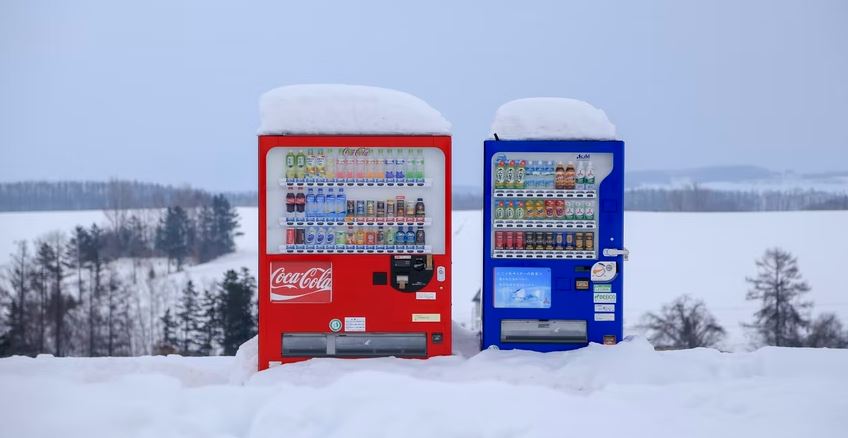 Pepsi and Coca-Cola are fierce rivals. The competition between the two food and beverage industry giants has only escalated, giving rise to the Cola Wars phenomenon.

Both companies continuously try to outdo each other. PepsiCo even showed an advertisement where people blind taste-tested both Pepsi and Coca-Cola, suggesting that consumers preferred the former over the latter in terms of taste. PepsiCo is a large company that operates around the globe, so it needs to have several divisions to operate efficiently. This is why PepsiCo has seven divisions which are given below: Given below are some interesting facts about PepsiCo:

Before Pepsi got its iconic name, it was known as “Brad’s Drink.” The drink kept this name for five years until it was renamed Pepsi Cola.

During World War 1, the price of sugar increased drastically. Seeing this, Caleb Bradham bought a lot of it to later sell at a profit once the price increased further. But this decision was a mistake.

The plan backfired when the price of sugar fell instead of going up, causing Bradham to declare bankruptcy.

PepsiCo owns around 500 patents, which is not surprising for an innovative company to have. One of the patents that PepsiCo owns is for a tennis racket.

Throughout the last 122 years, PepsiCo has had 11 different logos. The globe symbol for Pepsi that we are all familiar with only came into existence in the 1950s.

During the great depression, the price of a six-ounce soft drink bottle tended to be around a nickel. Pepsi decided to sell twelve-ounce bottles for the same price. This turned in significant profits for the company allowing it to stay afloat.

Many variations of Pepsi exist that you have likely never even heard of. In Japan, you can find Pepsi flavors, such as cucumber, strawberry milk, yogurt, salty watermelon, etc.

Did you know Pepsi once had a mascot? It is a little-known fact that PepsiCo used a mascot named Pepsiman. Pepsiman did not stay around for long. Ever since the 1990s, the mascot has not made many appearances.

PepsiCo has become more than just a brand since its conception. It has become a torchbearer for the food and beverage industry worldwide. Although many people know PepsiCo for its soft drinks, it makes many more products that we use regularly.

Hopefully, you have learned more about PepsiCo, its products, and its history through this article.